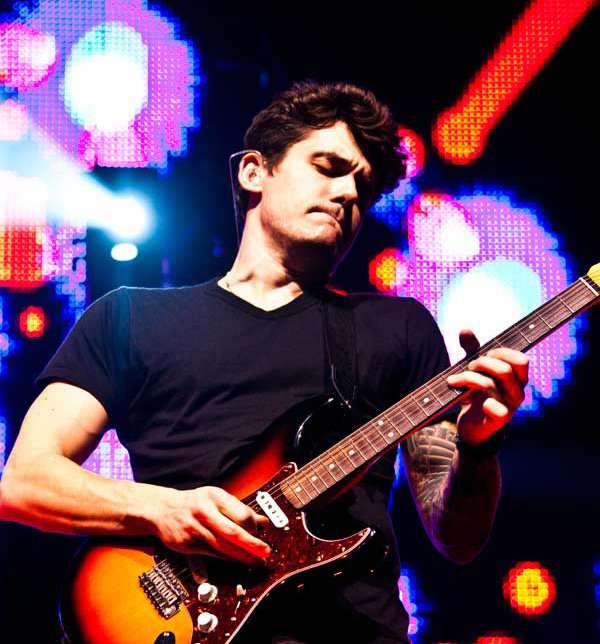 John Clayton Mayer (/ˈmeɪ.ər/; born October 16, 1977) is an American singer-songwriter and producer. He was born in Bridgeport, Connecticut, and raised in nearby Fairfield. He attended Berklee College of Music in Boston, Massachusetts, but disenrolled and moved to Atlanta, Georgia, in 1997 with Clay Cook. Together, they formed a short-lived, two-man band called Lo-Fi Masters. After their split, Mayer continued to play local clubs—refining his skills and gaining a following. After his appearance at the 2001 South by Southwest Festival, he was signed to Aware Records, and then Columbia Records, which released his first EP, Inside Wants Out. His following two full-length albums—Room for Squares (2001) and Heavier Things (2003)—did well commercially, achieving multi-platinum status. In 2003, h

Slow Dancing in a Burning Room on Continuum by John Mayer

Waiting On the World to Change on Continuum by John Mayer

Free Fallin' - Live at the Nokia Theatre, Los Angeles, CA - December 2007 on Where the Light Is: John Mayer Live In Los Angeles by John Mayer

Gravity on Continuum by John Mayer

XO on XO by John Mayer

ArtistInfo for iOS and ArtistInfo for Mac are presenting musicians, composers and producers that are envolved in the musical work that you are listening to in Apple Music, iTunes, or Spotify. Discover new music via the network among artists. Manage your favorite musicians and albums via iCloud and share recommendations with your friends via email, AirDrop, or Social Media.

To all the music fans that are contributing on Discogs, MusicBrainz and Wikipedia. Thanks to Franz Flückiger for providing Storygram used to visualize band membership.

Most seen topics within ArtistInfo:

Top 10 Artists    Top 20 Albums
What others are currently looking for: